How long have you been in Atlanta? What brought you here?

I first moved to Atlanta in 1976. The impetus was to be back in the States again after a four year hiatus in eastern Canada; Nova Scotia and Toronto. My ex and I were back to the land young hippies, and our scheme was to live in Atlanta during the winters and then return to our off the grid 40 acres in western Maine during the summers. We split up soon after moving here and I stayed. I left Atlanta in 1997 to take a job in San Francisco at one of the first interactive TV networks, ZDTV,  which was sold in 2001 and moved to LA as a gaming company. I moved to outside Chicago for another TV job, and for the past six years lived and worked near Philadelphia. I moved back here in late 2010. 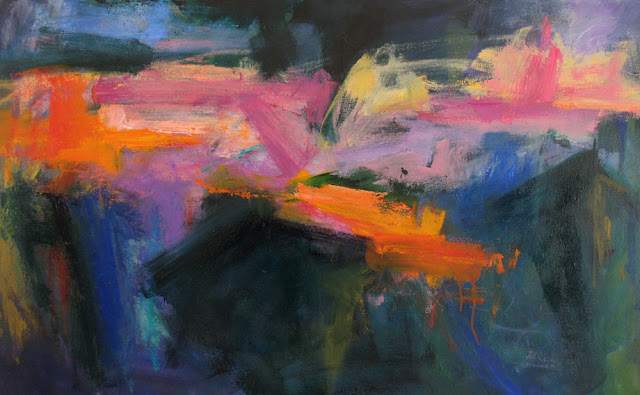 Did you go to art school? Do you have any degrees?

I grew up in Princeton, NJ, a fertile and diverse town for educational and cultural opportunities. My focus at Bradford College in MA was on art and music, but I didn't finish. I went to school thinking I'd be learning how to paint. Because this was the late 1960's, conceptualism was still big - before I could even get into the painting classes, I remember building 3D models of stuff I simply wasn't interested in. I took private art classes here in Atlanta from 1981-1988 with the renowned Chatov family of Russian portrait painters. They were probably the best teachers for color theory and classical technique that I could have had. From about 1978 to 1984 I also worked as a printmaker in an intaglio studio here. I kept my broadcast career part-time up until the mid 1990's, to save as much time as possible for my painting. I continued to take classes at various schools while I was working full-time, including painting and graphic/web design at UC Berkeley when I lived in CA.

Tell us how you got your start as a working artist.

My mother was a painter who had studied at the Art Students League in NYC and my dad was a successful film editor in Manhattan, so I had strong role models in the arts. I began painting seriously in 1980 and started out with portraits. I moved on to painting my dreams, and landscape or place began coming into the work. In1986 my painting in the Mattress Factory exhibit at the Atlanta Arts Festival was of an empty kudzu field down the street, it originally covered the grounds of what is now the Carter Library. In 1982 I took a job with the newly launched Weather Channel, where we had the first Quantel Paintbox graphics computer in the country. I learned typography, to animate and do what's now called motion design through my subsequent TV jobs.
It was a terrific way to experiment on the fly and get paid for it. When I worked at Crawford Post, I used a few of Motherwell's paintings on an animation stand, and Man Ray's early films as layered backgrounds for commercials. I used obscure video and film clips in backgrounds, and then began shooting my own with a Super 8 and Hi-8. I was one of the few painters working abstractly in the commercial broadcast field at the time. I loved editing and compositing, and it afforded me a good income that lasted until recently, covering the cost of paint and canvas along the way. I kept exhibiting throughout, but did mostly group shows because of time constraints in my jobs.

What are you working on in your studio now?

I'm in the middle of a few pieces, but could not say where my new work is going. It's definitely transformative, because the landscape around me is changing and developing, and a lot of bright orange safety fencing has come into my field of vision over the past two years. One of those paintings will be included in the Kress Foundation book project that the Georgia Museum of Art will publish this year. A dear friend's terminal illness has offered a dose of mortality, some works are in homage to her. They're memories, but more than that. 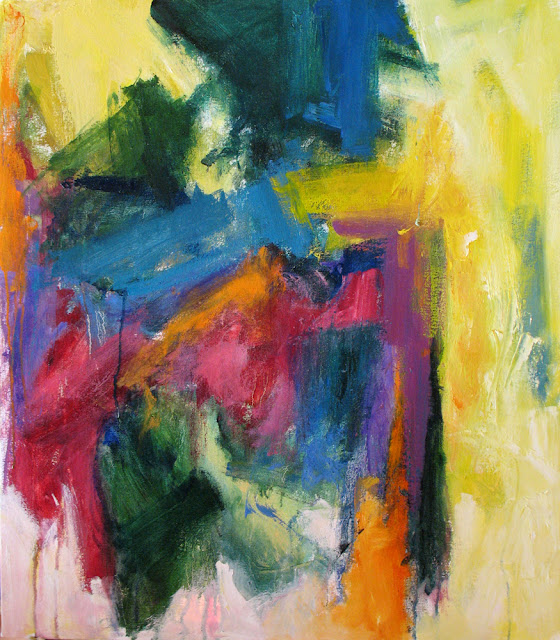 What is it like to be an artist in Atlanta today? How can Atlanta improve?

Atlanta is very exciting right now. When I left in 1997, a few galleries were doing ok, but nothing like this boom of alternative spaces and spontaneous projects. I discovered a huge warehouse in 1981 down by Castleberry, called Pillowtex, that was similar to the Mattress Factory space, both of which since have been turned into lofts. During the 1980s Nexus was active with its shows and Biennales, and there were the Mattress Factory exhibits. These types of alternative spaces are so important for not only young artists, but for the city to sponsor and evolve its role in the arts. The challenge now that most artists mention, is getting collectors to notice us here in the South.

6. What is the role of an artist in society? How do you see your role in this way?

As the painter Lois Dodd said, we have the advantage of "actually seeing things". It's part of our training to closely observe, and then communicate what we see in our own voice. A child is innately adept at seeing and I can remember being mesmerized by the intricacy of a spider web and the light hitting it, when I was about five years old. So maybe the role of the artist is to pay close attention. A Buddhist concept.

If postmodern irony makes you squeamish about the term beauty, then call the job of art a kind of interest that piques our curiosity. Henry Miller said "A great work of art, if it accomplishes anything, serves to remind us, or let us say to set us dreaming, of all that is fluid and intangible. Which is to say, the universe."
I'm not sure that art has a definitive "job" as we interpret the meaning of the word. Beckett tried to break rules of writing to forge a new voice - isn't that what we all want to do? If the job of an artist is anything, it's to communicate a personal vision. The hardest thing to do with art is to elicit an emotional reaction in another person. It's about communication, but begins as non-verbal and visual. 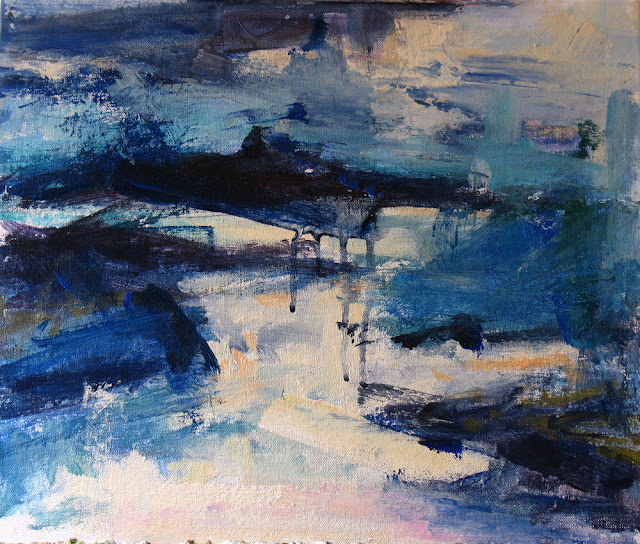 8. Does Atlanta have a specific role to play for Art/Artists?

I hope so, because I'm tired of moving around. There are other states with more funding, but I think things may change, now that Atlanta has been given the role of #1 for arts-related businesses per capita in the country. More people are producing in the arts here than ever before. That will make Atlanta a great city for art long into the future.

9. Do you have any advice for younger artists?

Don't give up, make art your priority. There will be sacrifices, but the personal and emotional rewards can't be measured. Try to avoid a mortgage and straight job for as long as possible.